MMORPG ( Massively Multiplayer Online Role-Playing Game ) games are very successful among players who want an immersive experience in complex and well-crafted stories and real-time interaction with other online players.

For this list, we’ve selected some of the best titles for you to discover and start playing today. We choose many free games which run on weak PC and are available for different platforms. 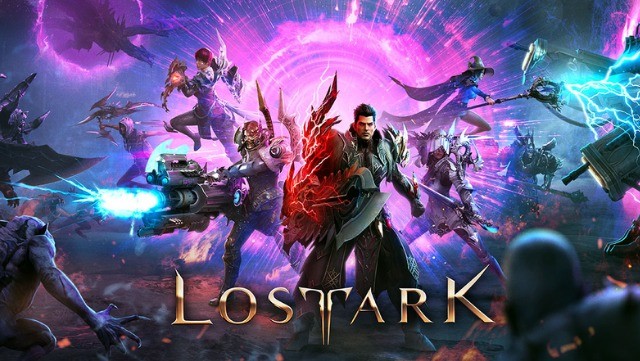 The South Korean game Lost Ark was released in 2022 for territories other than Korea, and it did not disappoint. It brings together the best of MMORPG games and won six awards at the Korea Game Awards in 2019. The game is more focused on exploring the map and completing quests but also features some player vs player elements. Many players compared it to the classic Diablo, a great franchise initially launched in 1997. 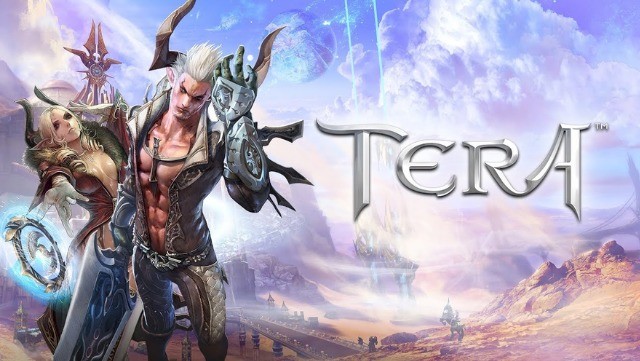 When released in 2011 exclusively in South Korea, TERA captured the attention of MMORPG game fans for its action-packed and active combat system. After being released to other territories worldwide in 2012, it gained wide acclaim among gamers and a much larger number of active players. Currently, TERA continues to be constantly updated with new elements, weapons, challenges, quests, and places to explore. It is worth checking! 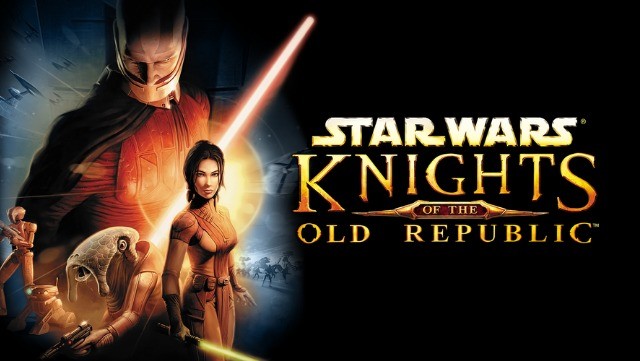 One of the most acclaimed games on this list is, without a doubt, Star Wars: The Old Republic, based on the vast universe created by George Lucas. In the game, you can play with one of the eight available classes and be divided between the Empire and the Republic. The game is free, but players who pay for registration can level up faster and focus on interplanetary quests. 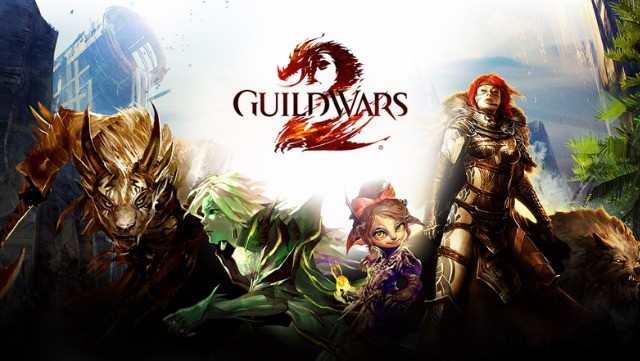 Regarded as one of the best MMORPG games ever released, Guild Wars 2 debuted in 2012 and still has a huge following ten years later. It has quests and challenges traditional to fans of the genre. Still, the biggest highlight of the game are the enormous quests carried out in groups, which provide an exciting interaction between the online community.

With nearly two decades of history and over 20,000 quests, World of Warcraft is, by far, one of the most acclaimed MMORPG games in history. In the free game version, you can reach level 20 and play with no time limit. It is also possible to access some of the game’s main features and create different characters to expand the lifespan in this non-paid version. 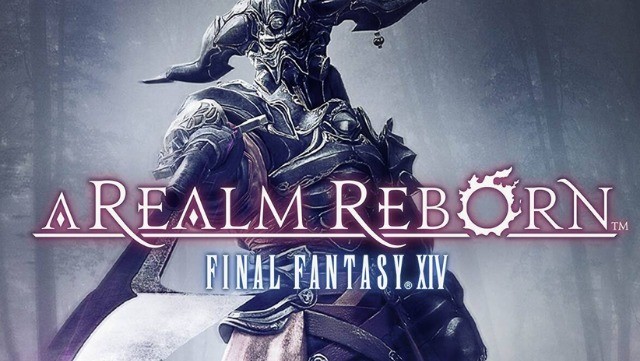 Initially released in 2010, Final Fantasy XIV Online, unfortunately, disappointed fans of this hugely successful franchise, but in 2013, an enhanced version reached the public. Final Fantasy XIV: A Realm Reborn brings together the best of the Final Fantasy universe with the best elements and gameplay from MMORPG games. Epic stories, outstanding characters, and a wide variety of locations await you in this game that now has a large community of active players. 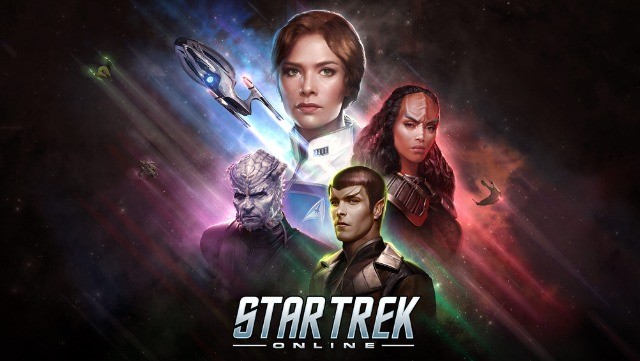 Based on the acclaimed Star Trek sci-fi franchise, this game transports fans of the series on intergalactic MMORPG-style adventures. Star Trek Online was released exclusively for PC in 2010 and won its version for other consoles in 2016, which greatly pleased fans of the game.

In the game, each player is the captain of his ship and can carry out missions alone or in a group, on land or in space. The many elements that are part of the game make Star Trek one of the best in the science fiction genre. 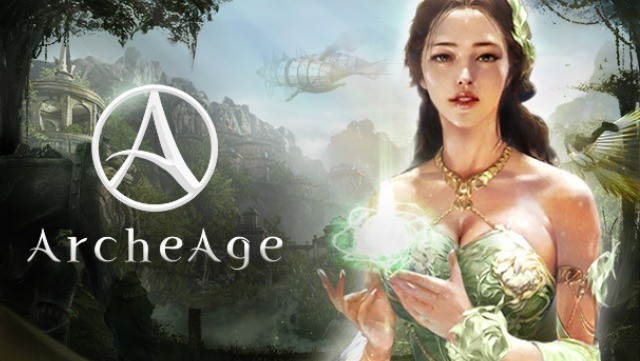 The South Korean game ArcheAge was released in 2013 in South Korea and in other territories in 2014. The game offers a zoneless world with first and third-person perspectives for players. One of the biggest highlights of the game are explorations and naval combats. In addition, several elements make this game very flexible and rich, where players can create equipment, and buildings, take care of pets and even work with agriculture. 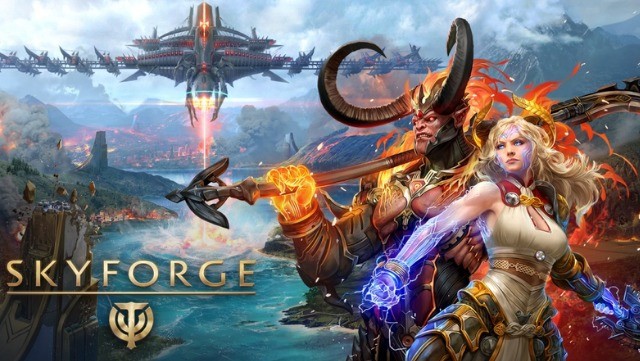 In Skyforge, players assume the role of an immortal being with celestial powers whose main objective is to protect the planet Aelion from invaders. One of the great highlights of this game is that players don’t have to be stuck with a class chosen at the beginning of the game but can change their class between one of the 17 available at any time. Players don’t level up either but receive a type of prestige that allows them to advance and progress within their own stories. 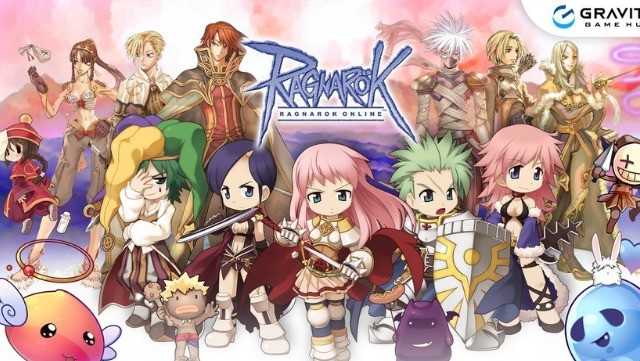 Ragnarok is by far one of the greatest classic MMORPGs ever released. It was the first South Korean title to be exported with great success to other parts of the world and became a real fever in Brazil in the early 2000s. Despite having a smaller community compared to its first years of release, it still contains a large number of active players for you to interact and have fun with. The game combines the best of MMORPG games with a minimalist design that is perfect for weak PCs.

The Lord of the Rings Online 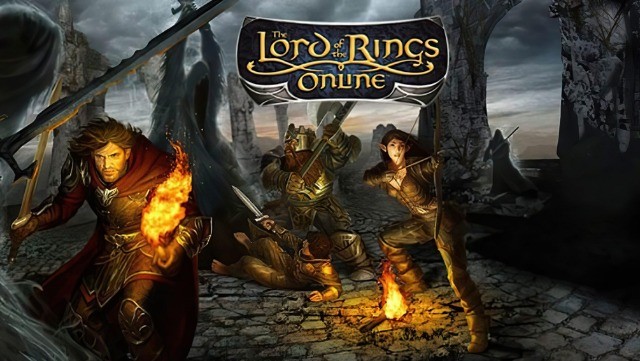 If you love the high fantasy universe created by Tolkien, you must check out The Lord of the Rings Online, one of the best fantasy MMORPG games ever created. The game brings together the best of the multiplayer genre for those who love the Lord of the Rings stories. In this game, you can play as one of the races found in books and movies, in addition to choosing between different professions to explore Middle-earth, defeat great villains and participate in unmissable quests. 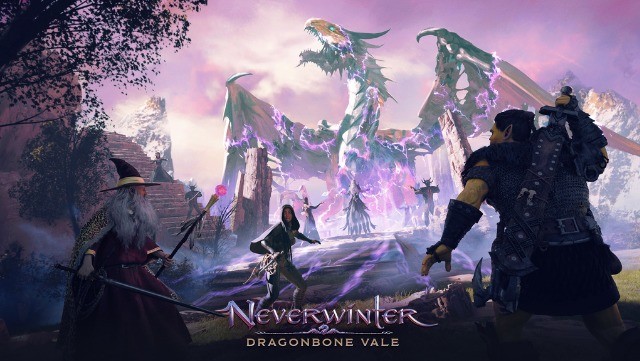 Based on the Forgotten Realms, the popular Dungeons & Dragons RPG campaign setting, Neverwinter is a great free MMORPG game option to start playing today. The game brings together the best of the D&D universe, featuring classes, locations, skills, and spells already known by fans of the franchise, several expansions, and new races and classes that have been introduced to the game since its first release in 2013. 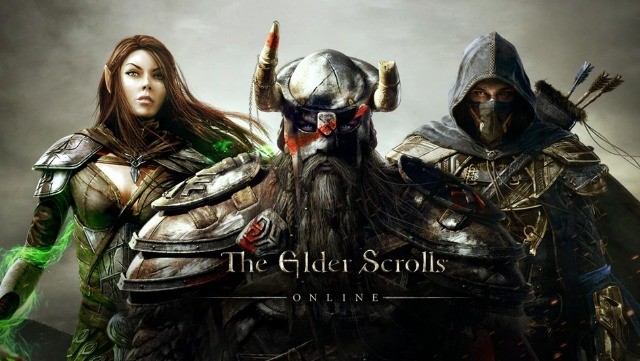 Part of the Elder Scrolls franchise, which has numerous successful single-player games, the Elder Scrolls Online title has become one of the best and most captivating MMORPG games ever created in recent years. The game starts in the traditional way of Elder Scroll games, where the player starts as a prisoner. After escaping, he will be free to explore the continent, fight monsters, discover different hidden scenarios, and interact with other players to complete unique quests. 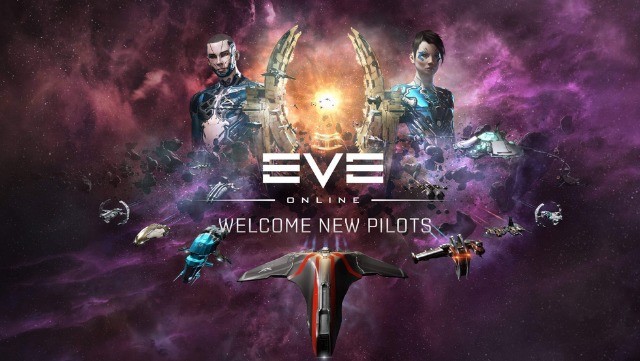 With over 7,000 star systems to explore, Eve Online has become one of the most acclaimed sci-fi MMORPG games ever created in recent decades. It’s based on a popular space exploration system, and even though it was released in 2003, it still has a large community of active players. In the game, you can choose a race that is subdivided by three lineages. In addition, you can also do various activities such as mining, space piracy, trading, exploration and combat. 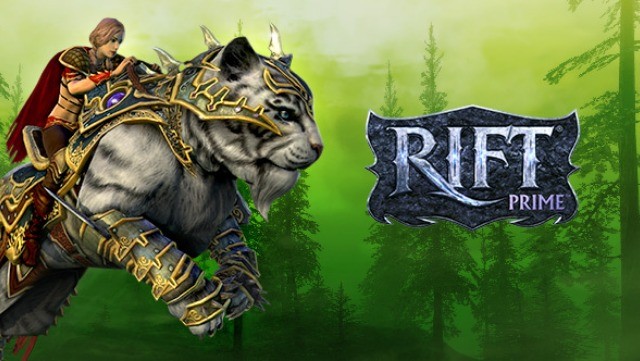 In Rift, players are transported to a fantasy world called Telara, where they can explore a large map, go on unmissable quests and join hundreds of other players for the common good of this world. One of the biggest highlights of this game is the events seasons’ updates, which gives fresh air to all players who have been immersed in this universe for some time now. 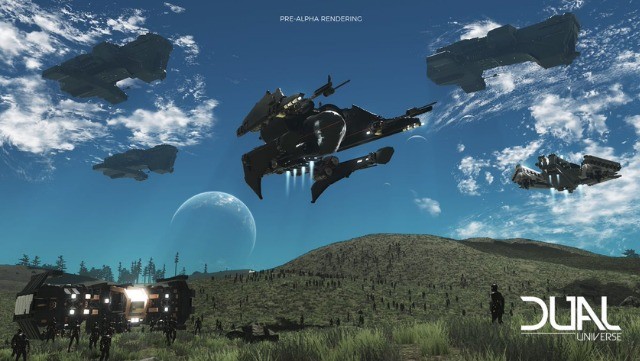 Dual Universe brings together the best of sandbox games with the elements that make MMORPGs a huge hit. It contained many features from games like Eve Online, Star Citizen, and Minecraft and was created by French developer Novaquark. In Dual Universe, players can fully edit their surroundings, build structures, and change terrain. In addition, interactions with other players are a big highlight, where you can join forces to explore, mine, and participate in trades and political issues in the universe. 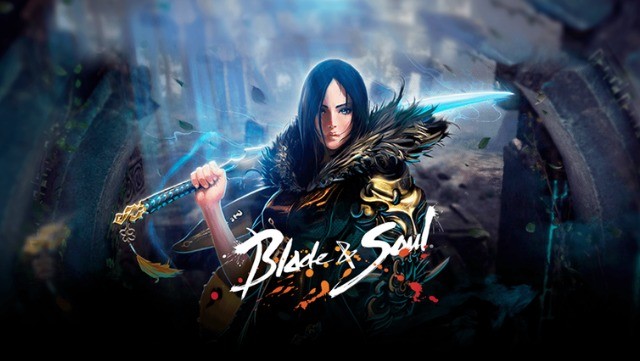 Blade & Soul is an acclaimed South Korean MMORPG game that combines the best of high fantasy elements. It is highly inspired by the designs of renowned artist Hyung Tae Kim and today has a large community of active players. In the game, you can choose from one of the ten available races, face potent enemies and join other players to perform fantastic queries. 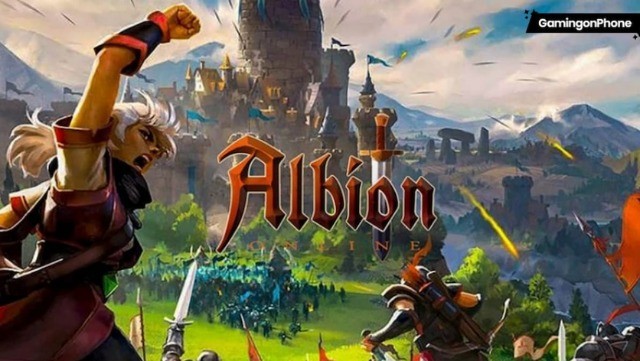 Albion Online requires a lot of players’ attention, patience, and strategy planning. It is a great MMORPG game that is highly based on player vs. player combat. The most significant differential of Albion Online is that players do not have specific classes, and the characteristics of the characters will depend exclusively on the equipment used. A fun and complete game that will keep you hooked for many hours. 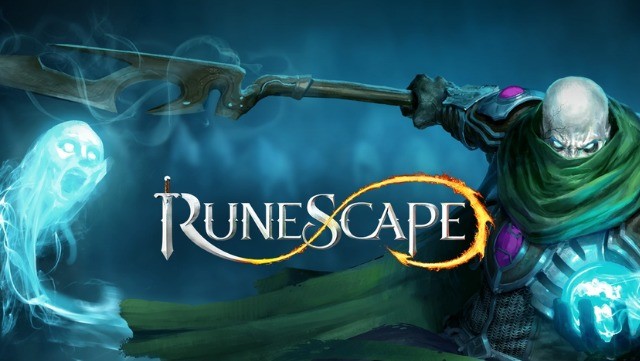 In the air for two decades, Runescape has become an excellent reference for MMORPG games along with World of Warcraft. Even with so long release time, the game receives regular updates, and its community continues to grow.

While veterans of this game will enjoy the new arrivals regularly, new players can enjoy a rich world filled with fantastic elements that have been developing for decades. 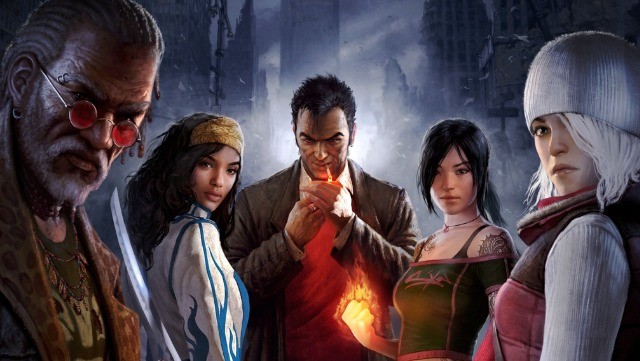 In 2017, the game The Secret World was relaunched under the title of Secret World Legends and pleased fans of this universe. Myths, legends, and conspiracy theories are tested in this game set in the modern world. Carrying out a quest in this game is like trying to solve a big puzzle that will make you think and look for answers. 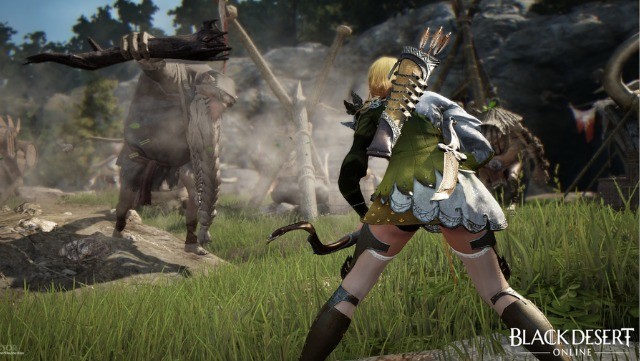 Black Desert Online combines the best of Sandbox games with the elements that delight in MMORPG games. Launched in 2014 by South Korean developer Pearl Abyss, it is available today for several platforms and guarantees hours of fun.

The game features a complex combat system where players are challenged to perform maneuvers manually. In addition, it is possible to explore this fantastic world and perform numerous everyday activities, such as maintaining your housing, fishing, trading, and more!