Stray, Returnal, and Deathloop are just some games making waves with PS5 users this year. We have selected some of the most acclaimed games from the most varied genres for you to make the most of this new Sony console.

They are action, adventure, science fiction, horror, racing, shooting, RPG, and many other themes that will leave you immersed from beginning to end! 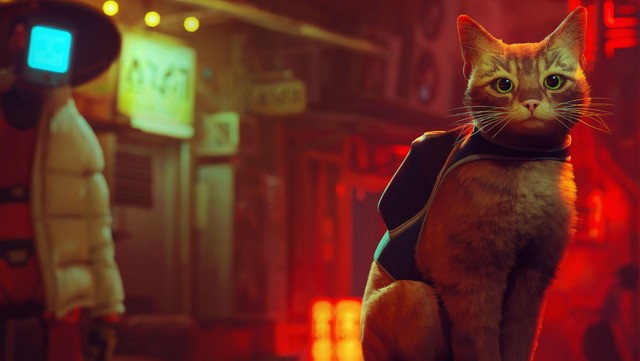 Released in 2022, “Stray” has enchanted players worldwide with its thought-provoking story, versatile gameplay, and cute characters. In the game, you can control a street kitten and live high adventures in a city with the best cyberpunk-style elements.

The kittens’ biggest rivals are the Zurks, enemies that attack in groups. In the city inhabited by mutated robots, machines, and bacteria, your goal is to return to the surface with the help of a drone companion called the B-12. 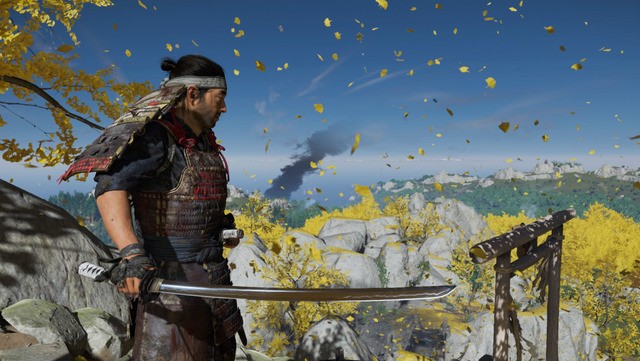 When released in 2020, the game “Ghost of Tsushima” delighted PS4 fans with its immersive story, stunning graphics, and an open world full of possibilities. The director’s cut, which features ten new missions, extra side missions, and exclusive collectibles, promises to please PS5 users even more.

This acclaimed game tells the story of samurai Jin Sakai, who fights especially against the Mughal invasion on Tsushima Island, Japan. 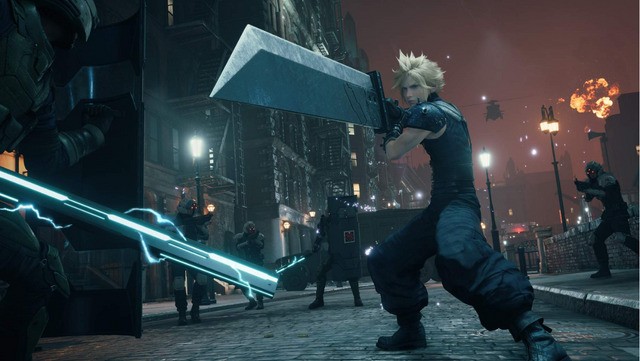 With more than 3.5 million copies sold in just three days of release, “Final Fantasy VII Remake” became one of the best-selling games for PS4 in 2020. The following year, an extended version was released, and it especially pleased those enjoying it. from PS5. In addition to adding new ending scenes, “Integrate” has improved visuals and a shorter loading time than the previous version.

In Final Fantasy VII, Cloud Strife returns to the cyberpunk city of Midgar and now has the help of Avalanche to stop a megacorporation that tries to use the essence of the planet where they live as a source of energy. 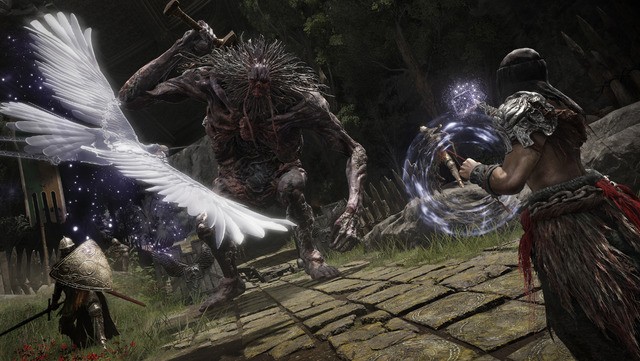 If you are a fan of open worlds and thrilling third-person combat and are looking for a current game in this style, “Elden Ring” could be the perfect option for you to start playing today. Released in 2022, the game received positive reviews for its open world, gameplay, and well-constructed story. In the game, you can bring to life a customizable character who is on a quest to repair the Elden Ring (a powerful force that has been shattered) and become the new Elden Lord. 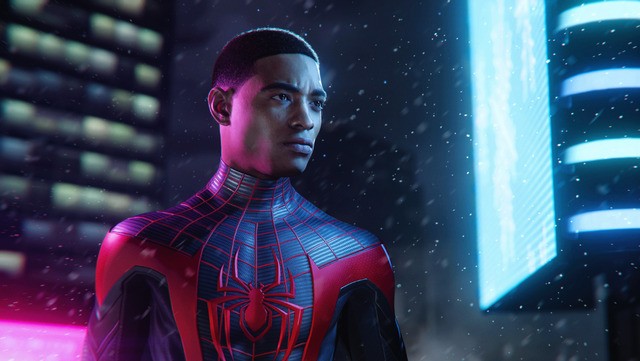 Continuing the success of the mythological Spider-Man universe presented in the animation “Spider-Man: Into the Spider-Verse”, released in 2018, the game “Spider-Man: Miles Morales” received great acclaim from the public and specialized critics when released in 2020.

In the game, Miles tries to find a balance between his civic duties and the responsibilities that come with being the new Spider-Man. In the game, the neighborhood of Harlem, New York, is threatened by a war waged between the corporation Roxxon and a criminal army known as the Underground. 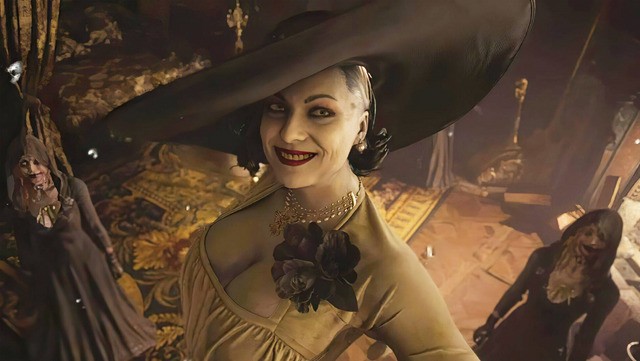 Winner of the Ultimate Game of the Year award at the 2021 Golden Joystick Awards, the game “Resident Evil Village” is yet another sequel to the acclaimed horror franchise that has become a great legacy for Playstation. The game continues the episodes presented in “Resident Evil 7: Biohazard” and follows the story of Ethan Winters, a civilian looking for his daughter in a village full of mutant beings. 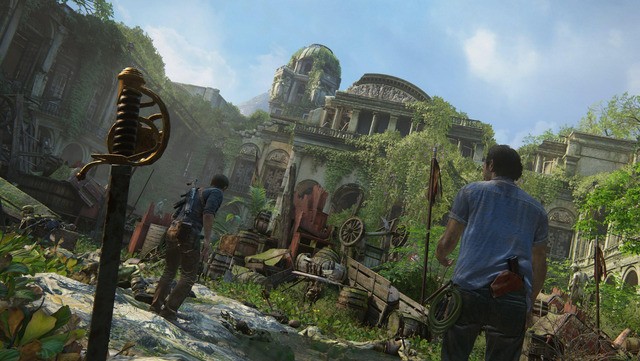 Released exclusively for PS5 in 2022, the “Legacy of Thieves Collection” from the acclaimed “Uncharted” franchise features remastered versions of “Uncharted 4: A Thief’s End” and “Uncharted: The Lost Legacy”. The first game allows players to experience the last adventure of the character Nathan Drake, while the second focuses on the characters Chloe Frazer and Nadine.

Praised for its gameplay, well-developed story and stunning graphics, the “Uncharted” franchise is undoubtedly one of the best PS5 games of recent years. 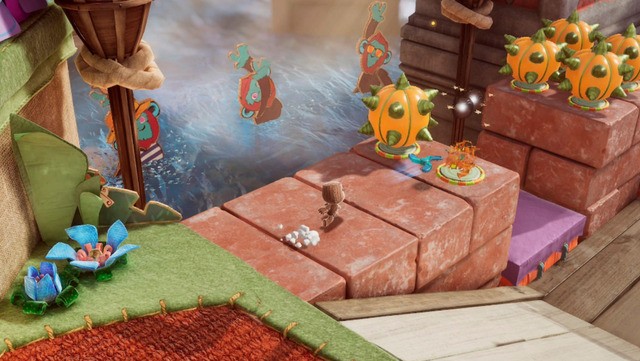 A platform game full of action and adventure awaits you in “Sackboy”, released in 2020 exclusively for Playstation, but today also has its version for Windows. In this game, you control a friendly patchwork doll who has countless skills in electrifying levels based on 3D platforms. 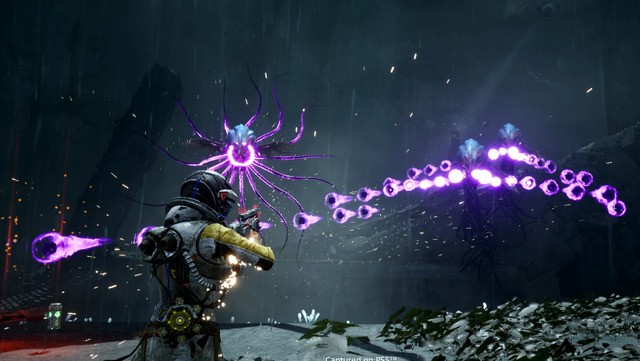 A game that brings together the best elements of the sci-fi, horror, and shooter genres, “Returnal” has been acclaimed for its stunning graphics, thrilling combat modes, and well-crafted story. Released in 2021 for PS5, the game follows the journey of protagonist Selene Vassos, who, when looking for a signal known as the “white shadow” on the planet Atropos, ends up entering a time loop. 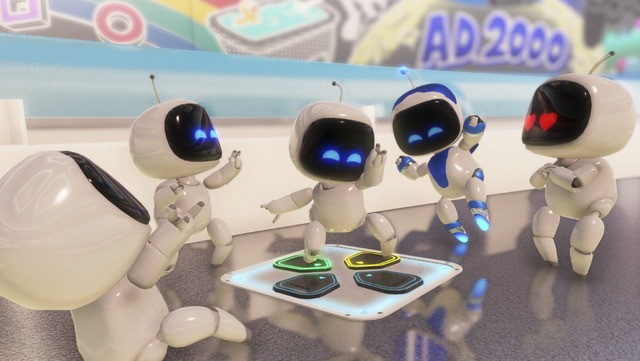 An adventure game packed with action, cute characters and a lot of history! “Astro’s Playroom”, developed by Japanese company Team Asobi, was widely acclaimed by critics and players around the world for its gameplay and versatility when released for PS5 in 2020. With well-constructed levels and a backstory that will leave you in love by the little robot Astro, this platform game guarantees many hours of fun. 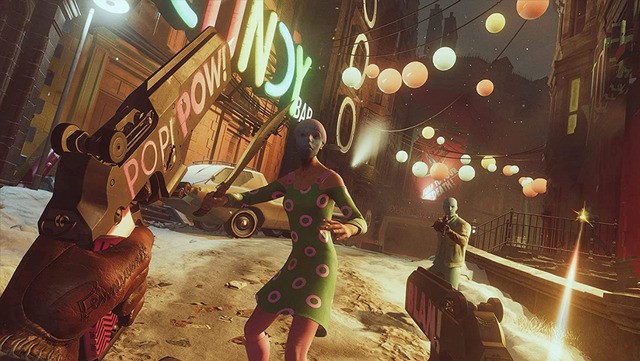 In “Detahloop”, you have the possibility to control the protagonist Colt, an assassin who is trapped in a “time loop”. Colt must kill eight targets known as Visionaries before midnight. If it doesn’t, it returns to the beginning of its loop. Acclaimed for its gameplay and versatility, “Deathloop” gives your character numerous skills and tools, which makes the game very exciting from beginning to end! 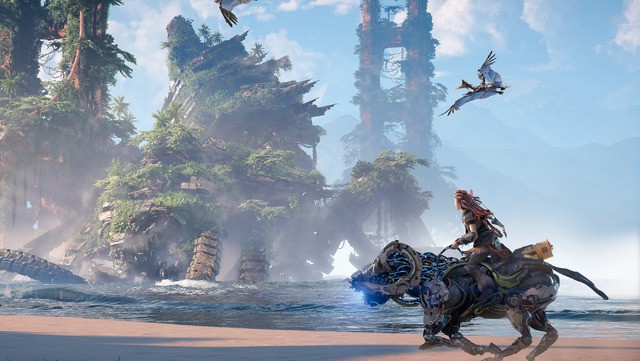 In “Horizon Forbidden West”, popular protagonist Aloy fights for survival in a post-apocalyptic California controlled by robots. Sequel to the acclaimed “Horizon Zero Dawn”, the game released in 2022 for PS4 and PS5 pleased fans of the franchise and specialized critics for expanding even further the horizons of this electrifying story. 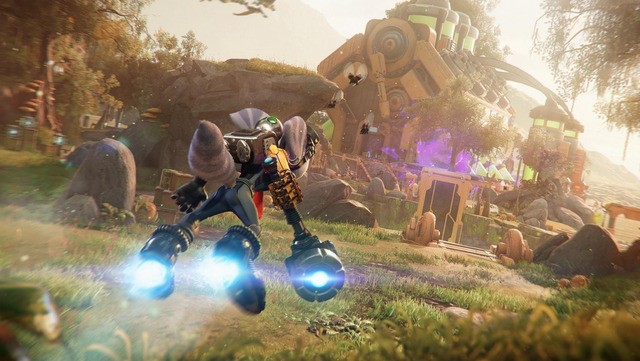 The “Ratchet & Clank” game franchise has been on the market for two decades and has many fans worldwide. Even a movie based on the universe was released in 2016 and acclaimed by fans of the games.

“Rift Apart” is the sixteenth title in this famous game series and has been critically acclaimed for its versatility, gameplay, combat, and visuals on PS5. In this universe, we bring to life the adventures of the feline mechanic Ratched and the robot Clank who travel the universe fighting enemy forces. 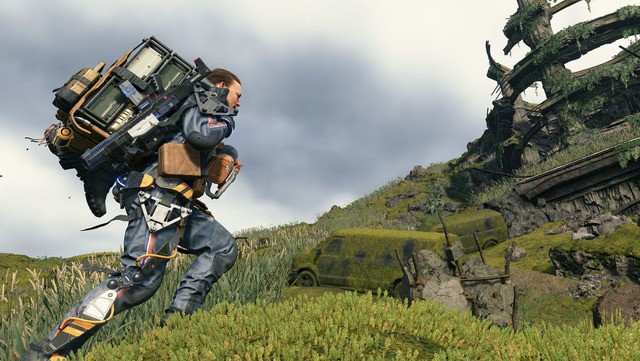 Before its release in 2019, “Death Stranding” became one of the most anticipated Playstation games. This happened due to the announcement that a cast of weight and personalities from the film industry would be included in the cast.

In the game, you bring to life the protagonist Sam Porter Bridges, who tries to restore the world after an apocalyptic event that became known as Death Stranding. The director’s cut was released for PS5 in 2021 and for Windows in 2022 and pleased fans of the game. 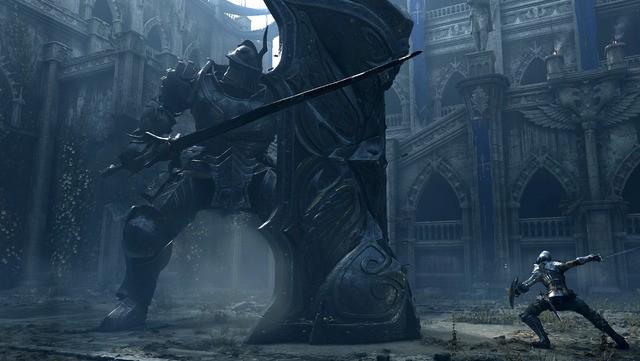 A remake for PS5 of the game of the same name released for Playstation 3 in 2009, “Demon’s Souls”, takes place in the kingdom of Boletaria, dominated by an evil force known as the Old One. Despite following the same premise as the previous game, the new release offers players new weapons, armor, and items. In this electrifying universe, you play a mercenary hero hired to kill the king of Boletaria and pacify the evil forces. 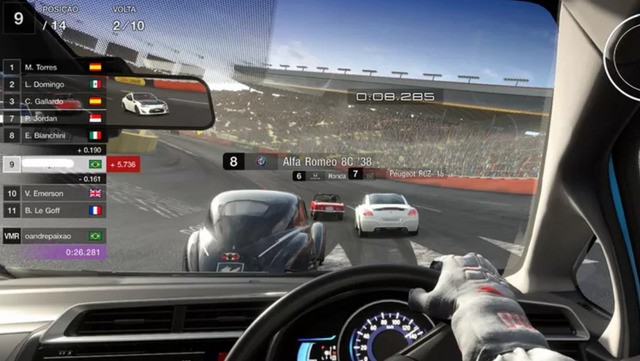 A well-rounded racing game for you to enjoy on PS5 is “Gran Turismo 7”, the seventh entry in developer Polyphony Digital’s blockbuster franchise. Electrifying tracks, special events, world championships, parts stores, as well as buying and selling used cars are available in this acclaimed game that has pleased fans of the racing genre and specialized critics. 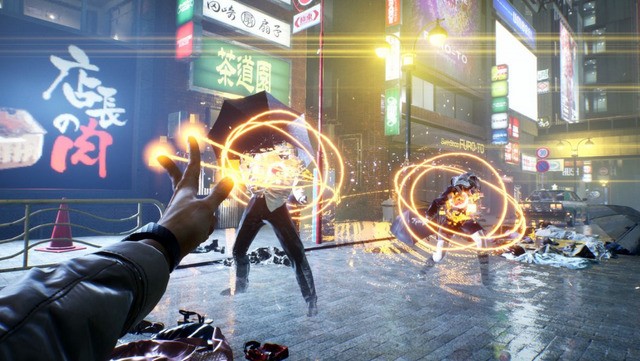 Martial arts and elements of magic combine in “Ghostwire: Tokyo”, a thrilling action-adventure game that will have you hooked from start to finish. In the story, a spirit possesses the body of young Akito, who has just been in a car accident. A mysterious masked character, however, casts a spell to summon countless evil spirits around Shibuya, Tokyo. In a first-person perspective, players must utilize physical and paranormal combat skills to fight the spirits scattered across the Japanese capital. 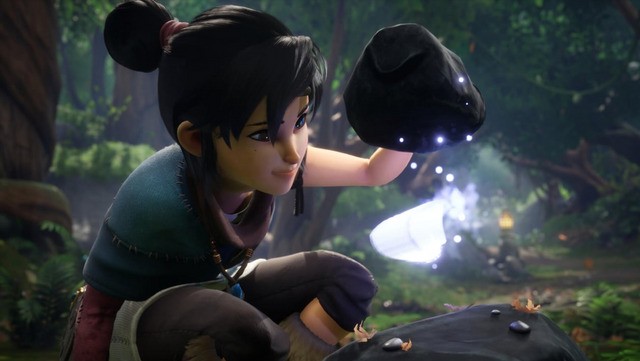 Kena is a young spirit guide whose main mission in life is to direct spirits trapped in the physical world to the spiritual world. With this intriguing premise, the game “Kena: Bridge of Spirits”, won great acclaim from the public and specialized critics, who also praised the well-designed graphics and original music present in the game.

In the game, Kena can also gather small companion spirits called Rot to complete missions and use a powerful magic weapon for combat and tasks. 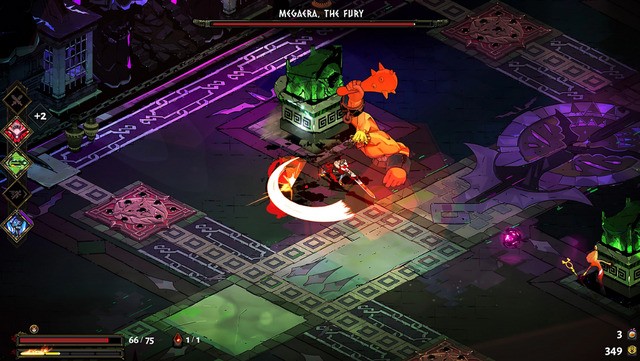 Also known as “Inferno” in Brazil, the game “Hades” was released for PS5 in 2021 and was widely acclaimed for its improved visuals and even more immersive gameplay. If you’re a fan of mythological stories and RPG, you can’t miss it! In this exciting adventure, the player has the possibility to control the son of Hades, Zagreus, who tries at all costs to escape the underworld and reach Mount Olympus. 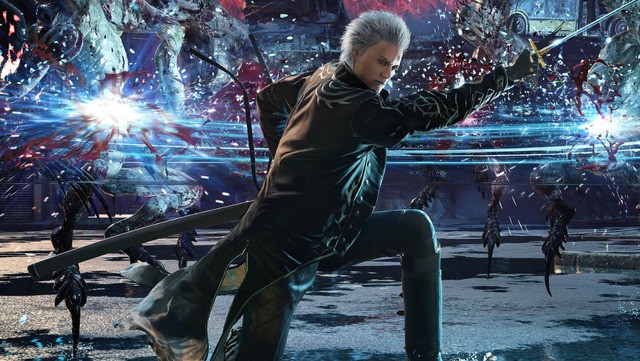 With more than two decades of history, the “Devil May Cry” series continues to be acclaimed for new additions to the franchise. “Devil May Cry 5” takes place five years after the events presented in the fourth game in the series and follows a trio of warriors with demonic powers. They are Dante, Nero and V. Praised for its well-crafted graphics, versatile gameplay and immersive story, this is an ideal title for anyone who loves action and adventure! 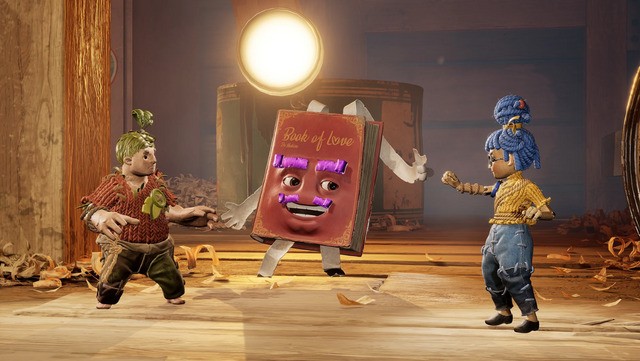 An action-adventure platform game with an intriguing story, “It takes Two” has received numerous awards since it was released in 2021. In the story, a couple is planning a divorce and they tell their daughter Rose the unfortunate news. The girl, not accepting this fact, takes two dolls that look like her parents and tries to fix the relationship by playing make-believe. What she didn’t expect, however, is that her parents’ bodies would be transported to the dolls. Now, the miniature couple will embark on an unprecedented journey to try and return to their human bodies.