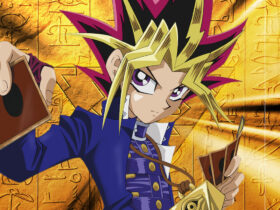 Especially for anime detective series, there are often criminal organizations in anime that are balanced with the hero. One of them is like the one in the detective Conan anime series.

The Strongest Villain Organization in Anime

So, speaking of villains in anime, here’s the admin summarizing ten well-known criminal organizations in anime which you can see below. That is :

The first sequence of cool organizations in anime that act as villains is Akatsuki which can be found in the Naruto anime series. Akatsuki is the main antagonist organization in this Naruto series, where all the members are criminals. I don’t know if it’s because of his character or just because he’s evil because of something or conflict.

As a criminal organization, Akatsuki has 10 S class members who are very feared because of their bad strength and character. Although the original goal was to stop the war in Amegakure and create peace, in the end, the goal turned into the desire to rule the world with absolute power.

The villain character with the cool organization name in the next anime is the Homunculus from Anime Fullmetal Alchemist. The Homunculus is the main antagonist in this series which consists of artificial humans who live by relying on the power of the Philosopher Stone, a stone made by sacrificing human life.

Every member of the Homunculus is adopted from the seven deadly sins in Christian teachings. The seven sins are Wrath, Lust, Gluttony, Envy, Pride, Sloth, and Greed. His unique abilities include being immortal, imitating other people’s faces, and hardening the body to become as hard as iron.

The Black Organization in the Detective Conan series is a mysterious criminal group. Even who the members are and how many are still unknown. This organization carries out criminal acts with great scrupulousness. Leaving almost no evidence that can show that they were guilty.

The first member of the Black Organization to appear was Gin and Vodka. They were responsible for reducing the cadet detective Shinichi Kudo to become an elementary school kid, Conan. The names of other members have pseudonyms taken from liquor, such as Arrack and Tequilla.

The next organization is the Espada from the anime Bleach. The Espada is a group of top Arracar as a group of antagonists under Aizen’s behest. Each Espada member has a number ranging from 0 to 9, which is intended to indicate their level.

Each of its members has terrifying fighting abilities; even many shinigami are overwhelmed by it. Even when faced with only 1 Espada.

The next coolest anime villain organization is Juppongatana in the anime series Samurai X or Rurouni Kenshin. Juppongatana itself means ten swords. Its members consist of 11 people who are elite soldiers who have special attacking powers. They gathered and were commanded by Makoto Shishio, who led troops against and overthrew the Meiji government.

The next organization is in the anime Nanatsu no Taizai, namely Seven Deadly Sins. This organization consists of seven people of different races. In the world of The Seven Deadly Sins, they are the strongest fugitive group whose members are marked with animal tattoos on their bodies. Previously this group was accused of overthrowing the Liones kingdom before they decided to separate and hide, chaired by Meliodas.

The Genei Ryodan is one of the most feared criminal organizations in the Hunter x Hunter anime series. The Genei Ryodan, also known as the Phantom Troupe, is the organization responsible for the massacre of the Kurapika clan, the Kurta clan.

They are a group of dangerous robbers consisting of 13 members. Where every member has a spider tattoo with a serial number. To be able to become a member of this organization itself is quite sadistic. To join, one must be able to kill the Genei Ryodan members themselves.

Switch to the Attack On Titan anime. A well-known organization is also in it, namely the Survey Corps. The Survey Corps is the most active military branch and is directly involved with the Titan wars, even covering Titan studies, human expansion, and external exploration. The wing logo is the hallmark of this organization.

The Survey Corps has the best soldiers who are most skilled in the use of equipment. In addition, they also can analyze data. Despite losing many members, the Survey Corps is still filled with strong warriors ready to die. They hope that one day their efforts will change the world.

After the truth about the Titans is revealed, the Survey Corps turns its attention to fighting Marley and the outside world.

Next in the 9th place for criminal organizations is Aogiri Tree in the anime Tokyo Ghoul. This organization has good intentions but acts ruthlessly due to little that the members know about Eto’s true intentions.

Aogiri Tree is a Ghoul terrorist organization formed by Eto Yoshimura. Its members consist of high-class ghouls who are pretty dangerous. Even during the past few years, he has actively carried out attacks against the CCG (Ghoul extermination organization).

Under the leadership of the one-eyed king, Aogiri Tree has the vision to make ghouls the dominant species. They even plan to get rid of and rule over humans.

Even though Night Raid is known to be very dangerous for some people, almost all of its members must die horribly. To fight Night Raid, the Empire created two Special units, Jaegers and Wild Hunt. Both can cause big losses in Night Raid, even in small battles.

So, those are ten criminal organizations in anime that, according to the admin, are the coolest and give a sticky impression. Of course, many other organizations are no less excellent but I have not had time to mention them here. However, I hope this article is quite helpful, guys. See you in another admin post. 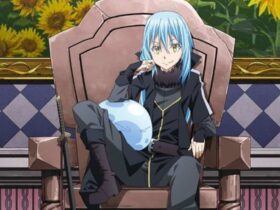